Dark Sun’s “Valley of Dust and Fire” (1992) by Richard Baker massively expands our knowledge of Ur Draxa and the surrounding lands. It also expands on Draxan culture with a variety of words used and defined to show how the Draxan people are organized and are part of a warrior culture. These words aren’t random but have consistent roots that can be extracted and thus give some possibility of creating other Draxan words from them or at least have new words follow the same style and format.

END_OF_DOCUMENT_TOKEN_TO_BE_REPLACED

There are very few references to the heavens in Dark Sun material so I thought it would be interesting to see if we might determine what the Athasian night sky looked like in celestial map form. At first I was going to find a vector map of our world’s night sky and make changes, however all maps I could find had to be bought. So using a watermarked celestial map jpg I traced it in Inkscape. Having that as a starting point I was then free to make the adjustments I wanted to implement.

END_OF_DOCUMENT_TOKEN_TO_BE_REPLACED 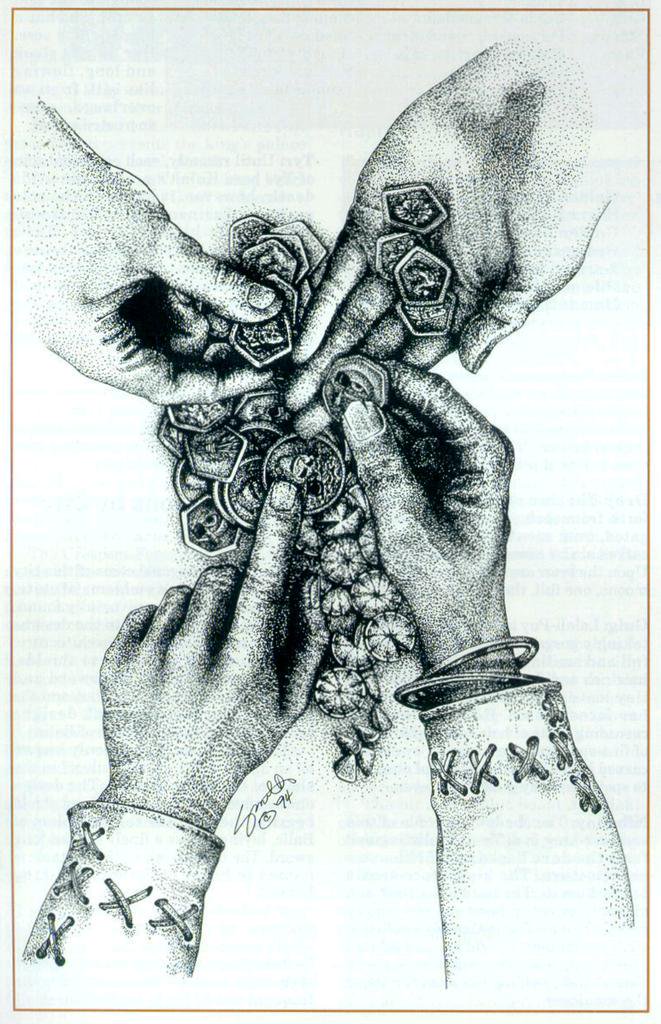 Polyhedron 99’s article “Coin Collecting Under Athas’s Hot Sun” by Carlo Anziano and Tina Brown primarily describes the coinage of the Tyr Region’s seven city states. It’s the kind of article that adds a level of detail you never knew you needed and gives the Dark Sun setting a touch of realism.

END_OF_DOCUMENT_TOKEN_TO_BE_REPLACED 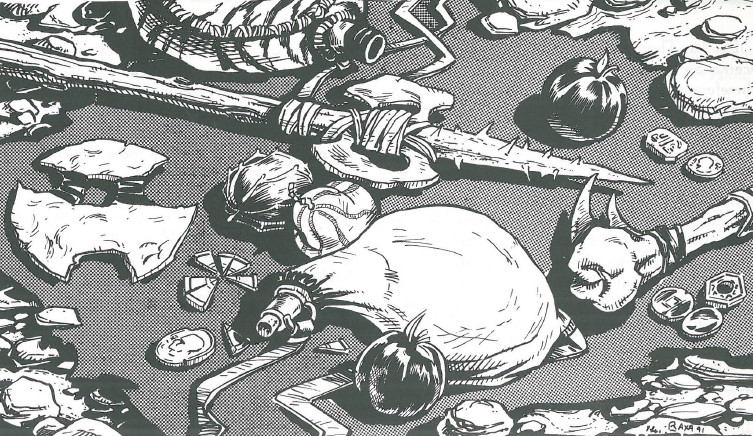 Dungeon World makes use of “tags” which describe what a weapon (or monster) can do. In the Dark Sun Dungeon World characters I have posted, many of the weapons possess a “fragile” tag which I procured from Travis Stout’s (GimpInBlack’s) Dark Sun Characters. Of course, this fragile tag isn’t a weapon tag found in Dungeon World, so what exactly is it?
END_OF_DOCUMENT_TOKEN_TO_BE_REPLACED 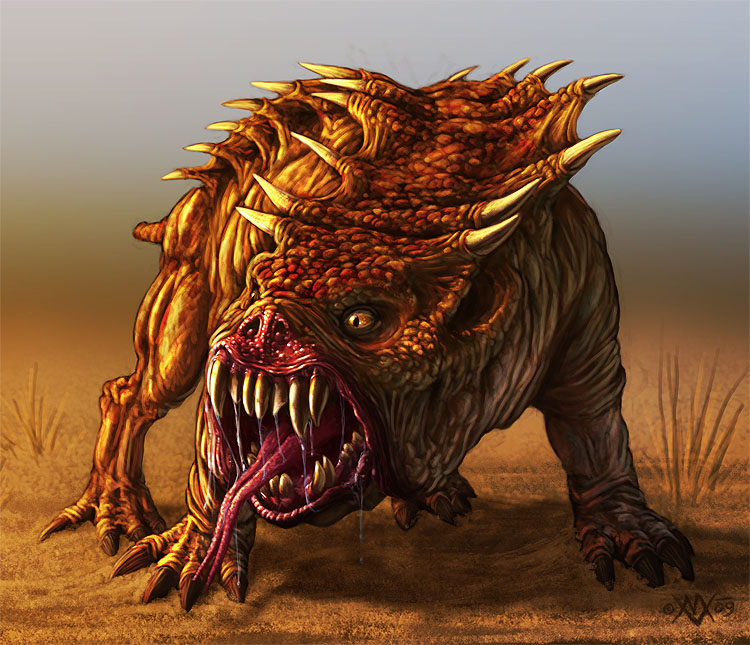 There is talk, or rather a phenomenon, of “The Lazy DM” whereby DMing is made simpler in planning and execution. One facet of this is reskinning monsters already published to meet a game’s need, and it is a noble tradition to carry on. Here is a reskinning or posting as written Dark Sun themed monsters. It doesn’t have all the monsters found in Dungeon World nor does it preclude their inclusion into a game, but I needed a set for many adventures and so here we are. END_OF_DOCUMENT_TOKEN_TO_BE_REPLACED 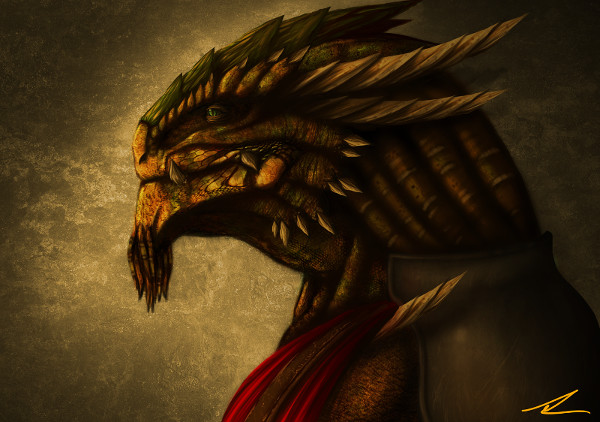 Needs must when the devil drives, as the saying goes. It’s not quite apt here but it sure sounds good. There was a need though, and here is the result. If a group finds itself in Guistenal, are captured by dray, are human, and fail to escape, it’s very likely that they will be forced into undergoing dray transformation.
END_OF_DOCUMENT_TOKEN_TO_BE_REPLACED 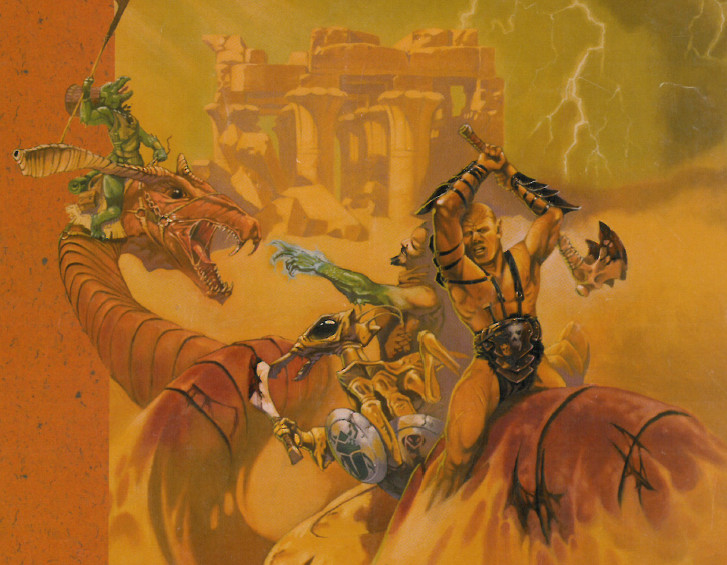 I have a love of lore. A consistent lore enables a world to be a common language among fans and a setting where players have a reasonable understanding of what to expect. So voluminous and rich was the 2e Dark Sun lore, the 4e Dark Sun could not match it. Instead, 4e hinted at people, places, or events covered more extensively in 2e. For example, 4e has a short section on the Kreen Khanates in the Hinterlands but is a far cry from the depth of the 2e Thri-kreen of Athas. The reason for 4e Dark Sun’s limited lore was in part so players and DM’s could explore and create the world. Extensive lore however is often seen as doing that for players.
END_OF_DOCUMENT_TOKEN_TO_BE_REPLACED 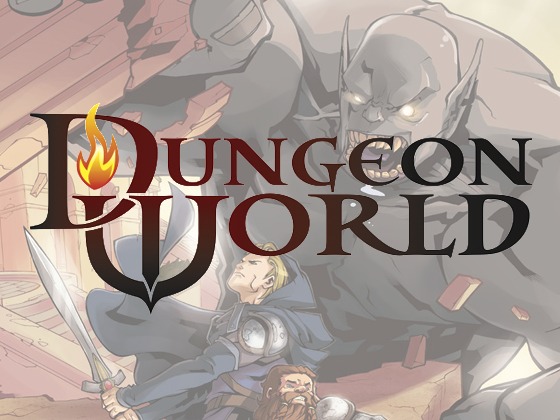 Dungeon World is a game changer. It brings the focus of the fantasy rpg back to being immersed in the story rather than needing far too many reference books just to move a character. Since that’s what D&D was long ago, I suppose Dungeon World is a game changer-backer. No surprise then that I made the switch and am now using Dungeon World for a Dark Sun campaign. With so much lore available for Dark Sun (preferably from 2e) it was an easy switch, but I made a point to not make any rules that weren’t necessary. END_OF_DOCUMENT_TOKEN_TO_BE_REPLACED

Dark Sun adventures need more epic level action, so as a grand finale to a high level epic campaign why not pit players against the Athasian end-game?: Rajaat.

He stood twice as tall as any giant, with a crown of lightning crackling around his head. A constant crash of thunder belched forth from his fang-toothed mouth, and whenever he exhaled, billowing blue fog shot from his gaping nostrils and dissolved in a torrent of rain. His entire body was swaddled in roiling clouds the color of turquoise, and great torrents of salty water poured from the claws at the end of his gangling arms. Even his shadow was part of the tempest, causing the water to chum and froth wherever it fell.

END_OF_DOCUMENT_TOKEN_TO_BE_REPLACED 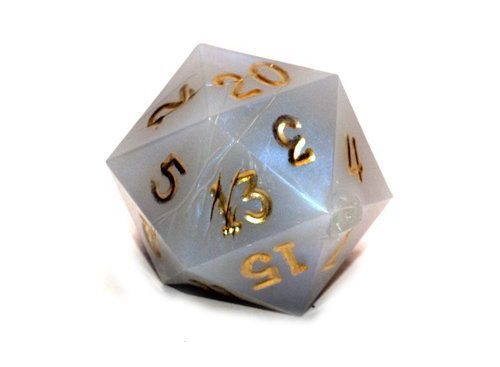 Let’s revisit dice shape. After seeing the Awesome Dice study I had to acquire some GameScience dice. Not for any real reason except that they seem all the rage now-a-days. I’m not going to try to convince myself that I want dice that roll with the most consistency – because I don’t.
END_OF_DOCUMENT_TOKEN_TO_BE_REPLACED